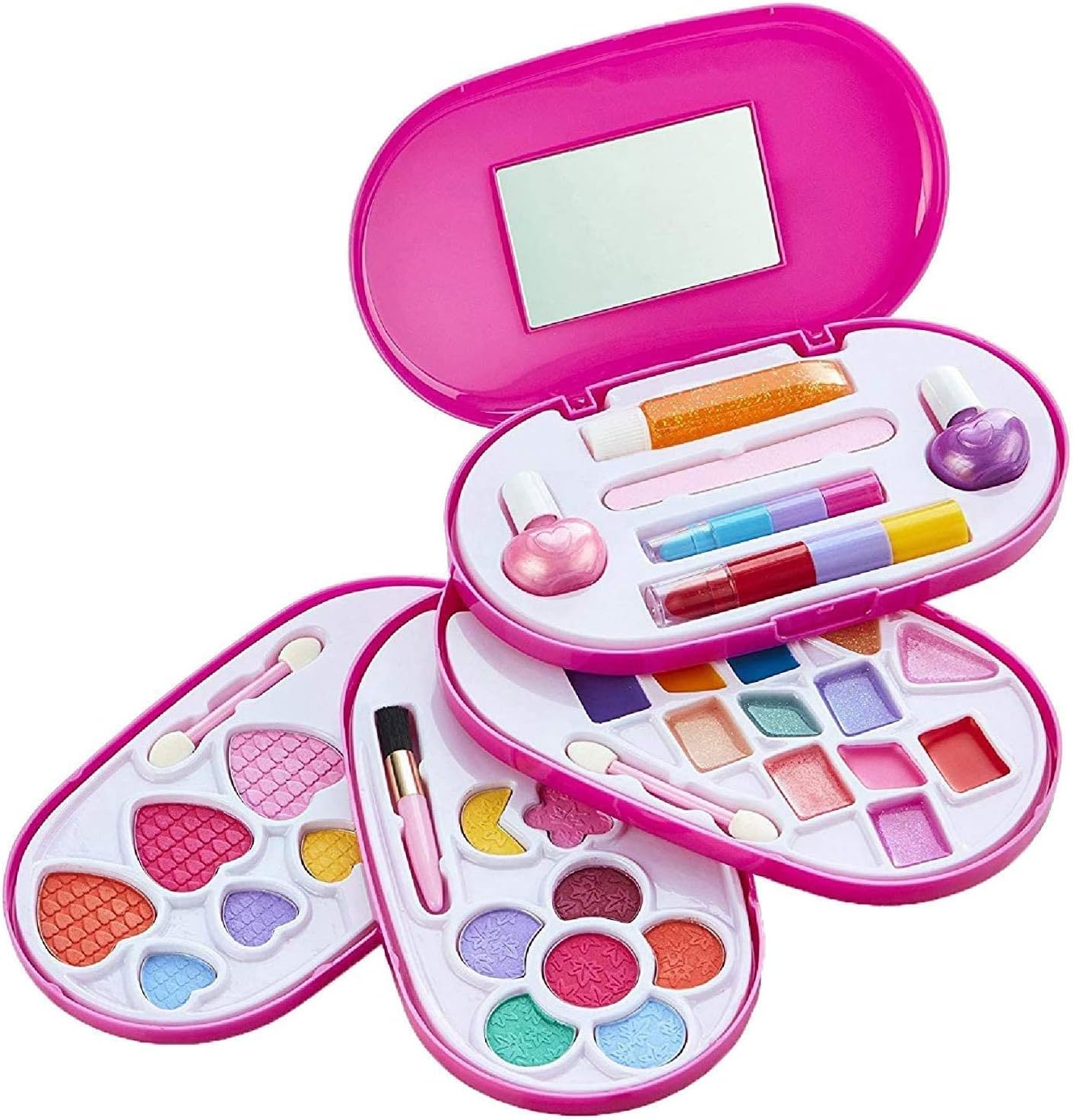 The perfect vanity case to entertain your little one for hours! This makeup set contains a whole range of safe, fun cosmetics for kids 4 years and up. Ideal for princess parties, playdates and dress up parties, your little makeup artist will create lots of beautiful looks and doll themselves up using eyeshadow, blush powder, lipstick, lip gloss and more.

This set is perfect for little makeup beginners, and for the little pro's.